For „deckkraft open“, a project that took place in the Lehmbruck Museum, we casted 20 non-professionals, inviting them to work with us in the museum on a wall filling painting. The development of the painting could be seen by visitors and from the outside. On the same time the making-of was presented by a multichannel video installation. 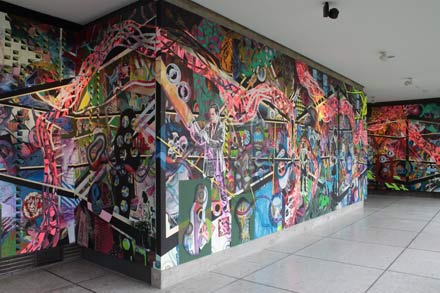 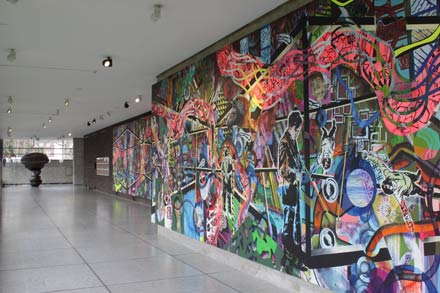 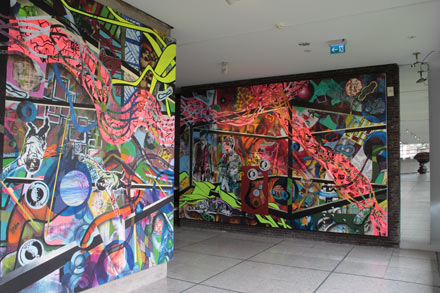 The origin of the painting